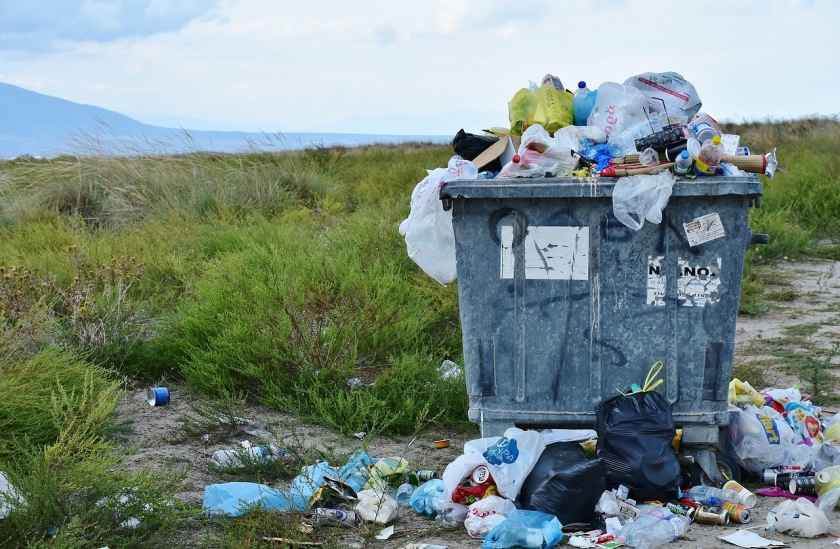 When we first moved to the farm we initially took advantage of a trash service. Having previously lived closer to the big city, it was what we were use to. Knowing we would generate plenty of refuse to fill a dumpster as we remodeled, we decided the bigger the dumpster the better. Once our remodel dust had settled, we generated less trash but we were still filling the mammoth bin every 4 weeks.

As winter neared, we realized our dumpster was not being emptied per the usual schedule. We were advised our farm was a little too far out for the garbage truck to retrieve trash consistently. Coupled with a lack of manpower, they basically had no reliable way of knowing when “trash day” would come. For a paid service, we would regularly be stretching 6 or more weeks before the dumpster could be emptied.

Change or rather the spark to change was totally out of our control. For us, it was a matter of reliability, saving money and finally realizing there were other solutions out there. After all, we weren’t the only ones living in the middle of the prairie. Our fellow neighbors had to put their garbage somewhere and it wasn’t in a dumpster.

After a little research we settled upon using an incineration method to dispose of our trash. By utilizing a burn barrel with a spark-arresting screen, we would safely be able to set our trash ablaze. Spent ash would then be saved and sent to the landfill for proper disposal. It would take a little getting used to but we were sure we could manage.

The best way to describe the experience of burning trash was that it was eye-opening. We had to consider every piece of trash we generated. Could it be composted? Recycled? Burnt? Repurposed? Or, did it have to be squirreled away to eventually be deposited in a landfill? I could no longer place things in a garbage bag and expect them to be out of site and out of mind.

My husband and I had always done our part recycling aluminum, plastics, print paper and cardboard. We dutifully saved, separated and dropped off our goods at a nearby recycling center. The only difference now? Well, I looked at every piece of discarded plastic through a different lens.

Take plastic zip seal food storage bags for instance. Our farm had areas where previous owners dumped and buried these types of bags. Over the last year, they had started cropping up from the ground in areas we thankfully hadn’t used for gardens. I would end up mowing over them and it soured me to see what these people had done. This immediately had me reducing my purchase of single-use bags. However, now that I personally had to burn them or save them for a landfill, I have chosen instead to no longer buy them.

The reality of my world here on the farm had shifted. I thought we were doing our duty and were being responsible consumers. The harsh, truthful reality was that we simply weren’t doing enough to reduce our footprint on this Earth. As much as I believed in growing organic, using less man-made chemicals and preserving my own food, I was blind to some of the things I was still doing.

I was addicted to using convenience items. Aluminum foil, plastic wrap and zip seal bags are just the tip of the iceberg. Now when I see my trash filling up with foam meat trays, processed food packaging and various plastic wrappers, it makes my stomach turn. We needed to start living our life with more attention to what we consume and a greater intention to what we plan on leaving behind.

I’d like to say that we came up with the perfect trash solution, however, the ultimate answer would be to not generate waste…period. By shifting the way I viewed trash, it gave me a better appreciation and increased mindfulness in my actions. Change will be an ongoing process. Just as there will be days of success, there will be days of failure. The key is that I now acknowledge what changes we need to make here on our farm. We are no longer blind to the cost of convenience.

Instead of plastic wrap:

Instead of zip seal bags:

Instead of traditional canning lids:

If you’d like to take things further, try buying in bulk and utilizing reusable glass containers. If you don’t mind going deeper yet, with something I’d consider a bit more hardcore, try washable toilet rags and feminine pads.