Over the years I’ve had bouts of body pain that make me feel older than my 40-something years. Initially, I chalked it up to an old spinal disk compression, but over time I began to have more issues than full-body aches and pains.

In the fall of 2015 I started having issues of a salivary nature. An oral ranula had a foothold just under my tongue. My parotid glands in front of my ears burned and I ended up seeing a Face and Jaw Surgeon to marsupialize the ultimately infected ranula. Thankfully, it healed well…but this was just the start. 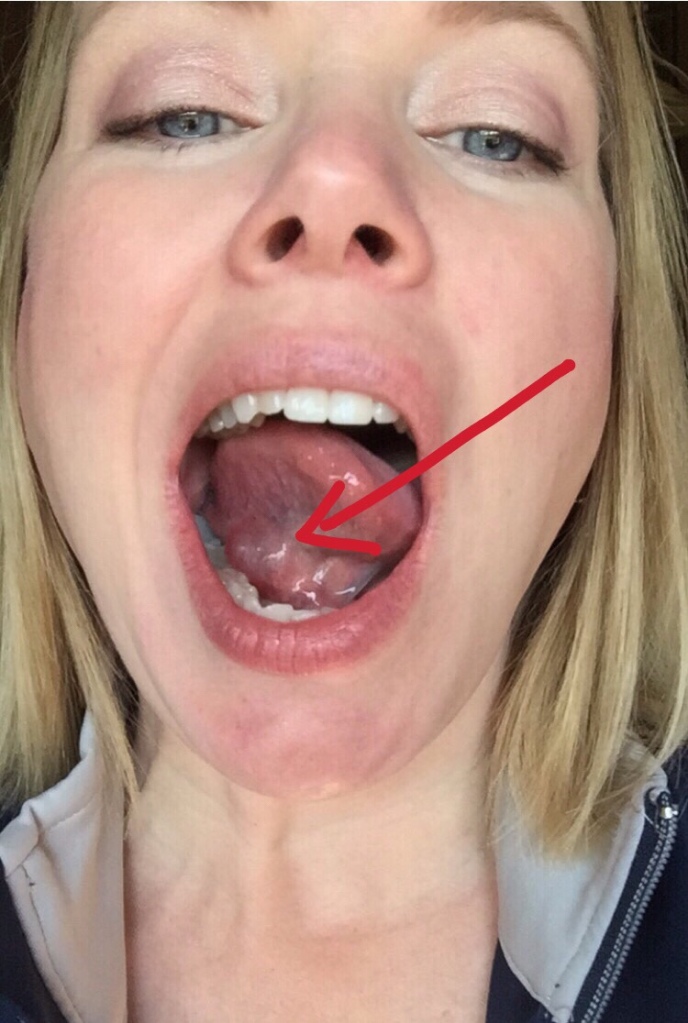 In April of 2016 we had finally moved into our new house on the farm. My body pain was immense during this time but again, I attributed it to the sheer amount of physical work I was doing. We were undergoing a fairly major house renovation and demo had me wiped out. This, I considered normal.

In the spring of 2017, I started feeling really rough…extremely rough actually. Overwhelming tiredness where I’d sleep all night but by 10:30am I needed a nap to function. I had been getting random blisters/blood blisters on the roof of my mouth, gums and cheeks, only to have them progress to full blown ulceration. They turned painful enough I had a difficult time eating. My tongue was coated and my mouth felt like a train wreck.

My face, I assumed at the time was developing what I thought was rosacea and adult acne. My nose, between my eyes and even my chin felt raw and broke out. And yes, all that time, I had body pain, night sweats and headaches.

While I saw the doctor for the mouth ulcers and malaise, all of my symptoms were treated as a separate entity. Calming treatments for my skin were sought on my own, doctor prescribed ibuprofen for the body aches (only 600 mg would touch the pain at it’s peak), stronger eyeglass prescription for the headaches and daily vitamin B12 to help with my energy.

Every symptom I had was basically related to age and “normal” body changes. The mouth ulcerations were their own animal that had to be dealt with by an ENT (Ear Nose Throat Doctor). Those were eventually burned with Silver Nitrate and I was given a paste to apply to any further flare ups. No logical reason was given for why they existed, the ENT didn’t know what they were from.

Post May/June 2017, I started to feel a little more human. The ulceration was gone, my skin had calmed and even my body pains subsided to “normal-for-me” levels over the following winter.

Sadly, I put on a few pounds over the 2017-2018 winter season and decided to try the Keto Diet. At 160 pounds, I wanted the weight off so I could wear my summer clothes and not be miserable during the hot months. My diet needed to change.

Ending my diet after nearly 8 weeks and 12 lost pounds, a few things started to rear their ugly head. Not only did I have to go to the clinic for blood in my urine but I was starting to feel major joint pain and some tiredness. At the beginning of June, I even told my mom at one point, I felt as if my brain couldn’t keep up with my eyes. I was all out of kilter. If it weren’t for my follow up schedule with my regular PCM, I would have kept suffering, thinking what I was feeling was normal for someone my age.

The main goal of the follow up was to make sure all was well with my kidneys. Besides that, my blood pressure had skyrocketed during that initial clinic visit – it needed to be re-evaluated too.

Durning the appointment, I offhandedly commented that I was experiencing some joint swelling in areas that had previously acted up. In fact, nearby joints were painful and at one point, my elbow and wrist were so sore my arms had felt useless.

Because I had never been officially diagnosed with arthritis, tests were ordered to check for inflammation markers. My ANA (anti nuclear antibodies) came back speckled positive which as I was told by my doctor, leads into another sub-tier of testing. In that second round, my RO/SSA came back with a high positive of 211 (anything over 99 is considered positive) and my RNA was at the high end of normal at 98 (again, anything over 99 is considered positive).

Where did I go from here??

I received a referral to meet with a Rheumatologist without much explanation of what was going on. Yes, I did receive a call telling me my ANA was positive but the doc skirted around telling me what the possibilities could be. I could obviously track my blood tests online and use Google…so I was left to stew for nearly 3 weeks until my Rhematology appointment. I knew my RO/SSA was positive and the remarks on the blood test results noted they were consistent with possible SLE (Lupus) or Sjögren’s.

Over the course of 3 weeks I did a lot of researching. A LOT. It was important to me that IF I was diagnosed with something like Lupus or Sjögren’s, I wanted to be prepared and knowledgeable. I was not one of those folks that just tipped their head yes to pharmaceutical prescriptions without knowing what natural options were open to me.

Beyond that, if I could change my outcome by diet or activity, I wanted to know. All are factors in the frequency of flares and the severity of inflammation in the body. Turmeric, ginger, frankincense, various essential oils and CBD (Cannabidiol) oils have been used successfully. I would do those in a heartbeat over any type of immuno-suppressive drug therapy.

After much research, whether or not I would be diagnosed lead me to invest in my first purchase of quality CBD oil. I did this in hopes it would offer me some pain relief, lift the mental fog and make me “right” again…without using NSAIDs. However, I would hold off using them until after speaking with a specialist.

Another week later, I was still being plagued by lessening body aches and now…a rash from H-E-Double Hockey Sticks. Redness was not a classic butterfly or any sort of insect I could identify. My face literally felt as if it were on fire and the fire spread down my neck onto my chest. I looked like a pubescent teen! This rash was very similar to what I experienced in 2017 except it was not running across my nose…yet. To top it off, I had a sore throat!

Skip forward two more days, to the day of my Rheumatology appointment, I was nervous. I came prepared with a complete page filled with the last 3 year’s worth of symptoms and events. Honestly, the struggle was now clearly written all over my face.

Most of my previous symptoms were medically documented in my online medical records. No offense to this new doctor, but I felt I couldn’t rely on any doctor to put all the pieces together on their own. Most never take the time to look over records spanning any length of time and what I was facing was never considered until reviewing my recent blood test results.

As is usually the case with any type of auto immune disease, the results were unclear. The doctor felt that IF I had any disease, it was very mild. The rash??? Hives or an allergic reaction to be treated with steroids. The joint pain? The beginning of osteoarthritis. Mouth sores? I must be biting my cheek (hello ulcers?!? Explain that!). Extreme fatigue? Obviously because I hadn’t been sleeping well due to the pain.

Keep in mind at this point I was NOT in the throws of a flare. The only thing he found remotely concerning were the dry eyes, skin and mouth – possible indicators of Sjögrens. He basically said that he felt that my issues sounded more like Fibromyalgia but would order a lip biopsy (another test for Sjögrens) and further blood testing.

So, the wait continues. While my face has cleared, my arms and legs have bug bites inflamed with a similar reaction. Never before has my body had such issues with simple bites – I haven’t worn shorts in public for weeks! And, my throat is still sore!

Stay tuned for PART TWO as I undergo more testing. In sharing this journey I hope to help others who may be going through similar circumstances. Aging is no joke. The best we can do is educate ourselves and be prepared for the possibilities. You can’t deal with what you don’t know!