If you own a dog, one of your greatest fears is your beloved pooch getting into something it shouldn’t – especially a skunk! Here on our 25 Acres I knew it was only a matter of time before one or all of our dogs experienced the wrath of a skunk’s behind. Well, today was their unlucky day….or mine. 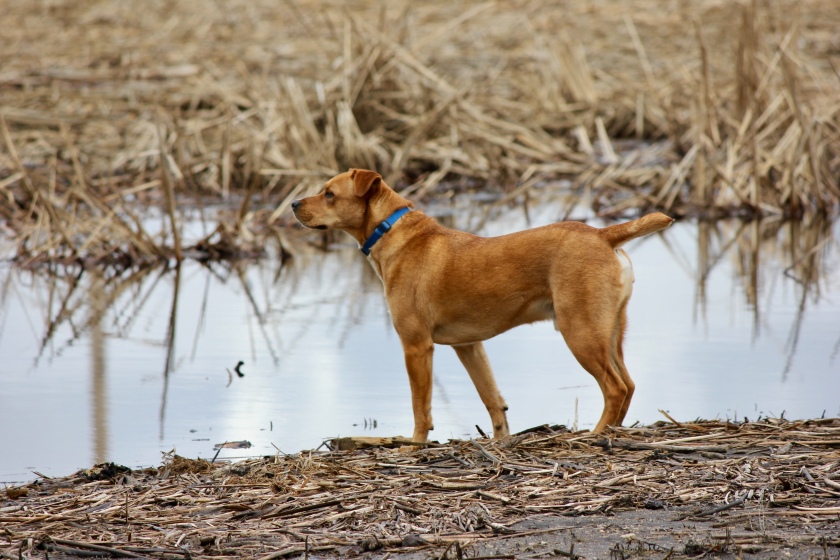 I had never smelled such a strong odor in my life. From a distance, yes, but not up close and in your face. Skunk spray takes on an entirely new life once it inundates your nasal passages. That bitter, burnt smell evolves into this putrid, almost rotten, mammalian thing I really can’t describe. I had never been so glad that I didn’t eat breakfast or I would have lost it.

Not certain what to do, the dogs were relegated to the garage. Perhaps not the best idea…because the garage will take a while to air out…but, it was all I could do in that moment. I had to deal with it immediately and they needed to be close.

While the internet is a treasure trove of information in regards to removing skunk odor, it also helps to be prepared. As much as I expected the stench to make it’s way to my door one day I still failed to have the supplies on hand. A price I felt I would pay dearly for until I realized my chemistry and cosmetology background would come in handy.

Google recipes to remove skunk odor from pets will yield a plethora of options. The one I’d heard about the most – the one used with greatest success – included peroxide…which I did not have.

Knowing that time was of the essence, I prepared to make a trip into town to get the required ingredients. One last search through my cupboards, my eyes landed on a bottle of Cream Developer I use when coloring hair. Because it is peroxide based, I couldn’t help but wonder, could this would work for me?

Obligatory Disclaimer: Most veterinarians won’t likely recommend the use of Cream Developers on animals but considering the brief time it would be sitting on the fur of my dog I didn’t feel it would pose much of a risk. 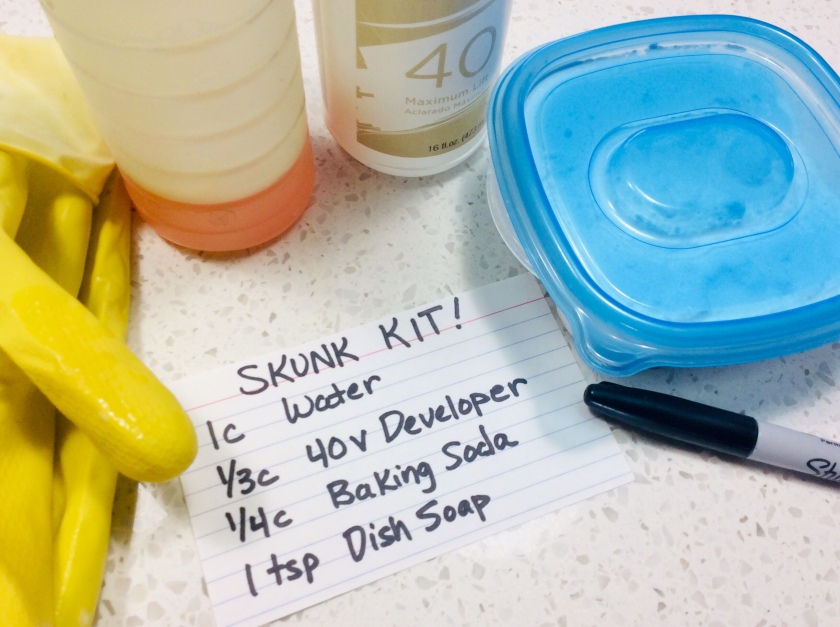 I quickly grabbed an old bottle of 40 Volume Developer which I hadn’t used in a few years. Knowing the peroxide levels were far too strong, I could easily dilute this shelf stable product down to the percentage required for the recipe.

With peroxide based Cream Developers, the Volume directly relates to the percentage of peroxide in the solution. 10 Volume solutions contain 3% peroxide, the same as your typical household liquid peroxide used for first aid. Below is a chart to give you an idea how I calculated my total percentages by Volume. You can clearly see just how strong 40 Volume is!

From there, it was all about following the rest of the recipe directions. I added the soap and the baking soda to my newly diluted solution and proceeded to wash the skunk away!

– Wear rubber gloves
– Mix or dilute your solutions right before you use them
– Wear clothes and use towels you don’t mind getting stinky
– Wash your dog as SOON AS YOU CAN after he is sprayed
– Wash everything directly after they touch your dog, towels etc.
– Have a Skunk Kit ready to go at all times

Did it work?
Yes! For the most part things were back to smelling normal rather quickly. I wasn’t overjoyed to pick up a stinky 60 pound dog in order to get him into the tub – but washing him quickly meant the odds were better to rid us of his bad decision.

I simply applied the solution (you can use a spray bottle), let it set for a minute and proceeded to wash him with more of the dish soap. Because he took the spray directly to the face it was a bit more difficult to clean that area. It is likely he will live a little while longer with a slight odor around his muzzle but I’m thoroughly pleased with the results.

The lesson here? I now have a Skunk Kit ready to go at all times! 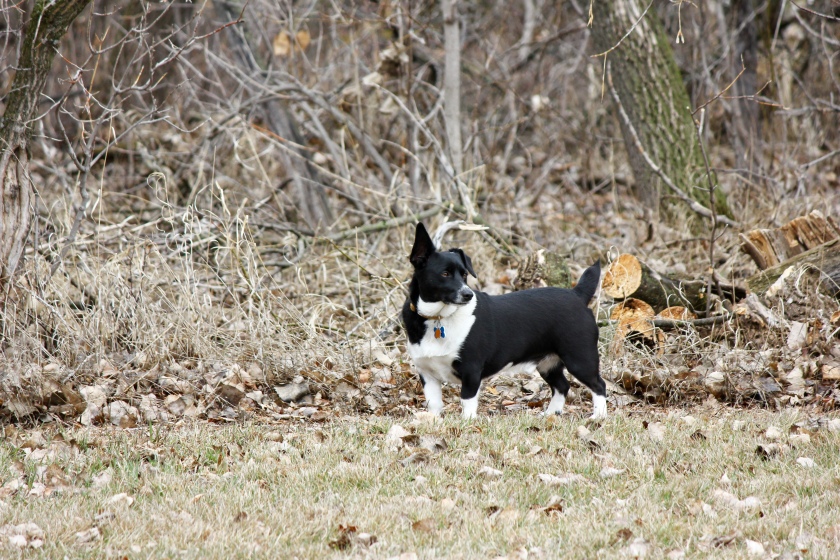